Counselling about various ways of family planning like pills, Cu-T, condoms, patches, and finally Laparoscopic Tubal Ligation. Laparoscopic Tubal ligation is a daycare procedure, which is stitchless and painless. Patient is discharged the same day with 5 hours. Being laparoscopic procedure, it is totally painless with minimal blood loss.

Female tubal blockage occurs when the fallopian tubes are blocked or damaged, preventing eggs from reaching the uterus and sperm from reaching the egg. The most common cause is a pelvic infection. Laparoscopy is used to examine the tubes and ovaries for patency, as well as to remove scar tissue from around the tubes and ovaries and to unblock blocked tubes (tuboplasty). 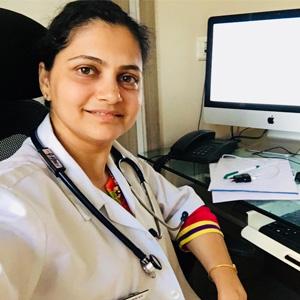 We specialize in Fibroid/cyst/ectopic/hysterectomy with Advanced Laparoscopic Techniques. Dr. Aditi has 6 years of experience in treating long-term infertility. we are attached to various multispeciality hospitals in Pune including ONP, MJM, Gynaeworld hospital.