Cervical spondylosis is the name given to a common medical disorder in which the spinal discs in the neck (cervical spine) wear down for some reason. The cervical discs increasingly wear and tear with age, resulting in structural disintegration. The fluid that exists between the cervical discs is lost, causing the spine to stiffen and cause cervical pain. As a result, conditions such as osteoarthritis and bone spurs can develop. This illness is also known as cervical osteoarthritis or neck arthritis. It causes alterations in the bones, discs, and joints of the neck’s spine. Neurologist in Shivaji Nagar Pune.

Cervical spondylosis is a degenerative condition that affects millions of people worldwide. According to studies, it is observable in the majority of adults over the age of 50. The most prevalent cause of degenerative disease is regular wear and tear caused by aging. The deterioration process often begins in middle age.

One of the fascinating things regarding cervical spondylosis is that there could be no indications of the disorder developing. It is determined by how the shrinking or compressed disc affects the space in the spine through which the spinal cord and nerve roots travel. Cervical nerves could be pinched if the spinal cord is compressed.
Osteophytes are bone spurs that, in most circumstances, are a natural part of the aging process. Spurs form as a result of new bone cells getting formed in areas where they would not typically grow during the bone rejuvenation process. They are frequently associated with diseases such as degenerative disc, spinal stenosis, and osteoarthritis. Many people may not have symptoms; however, it is dependent on how they develop.

Cervical spondylosis symptoms vary in each person; however, the following are the most prevalent:

If there is a rapid appearance of numbness or weakness in multiple regions of the body, or problems with or loss of bowel or bladder control, it is critical to seek medical attention immediately soon.

Who Is Inclined to Developing Cervical Spondylosis?

The following individuals are most at risk of acquiring cervical spondylosis:

Cigarette smoking has also been linked to the progression of degenerative disc disorder in the cervical spine. Smoking has a harmful effect on blood vessels, making it difficult for intervertebral discs to be nourished. 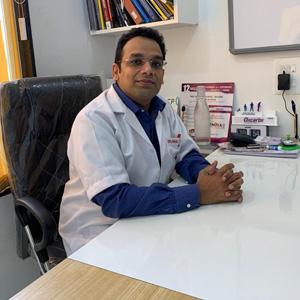